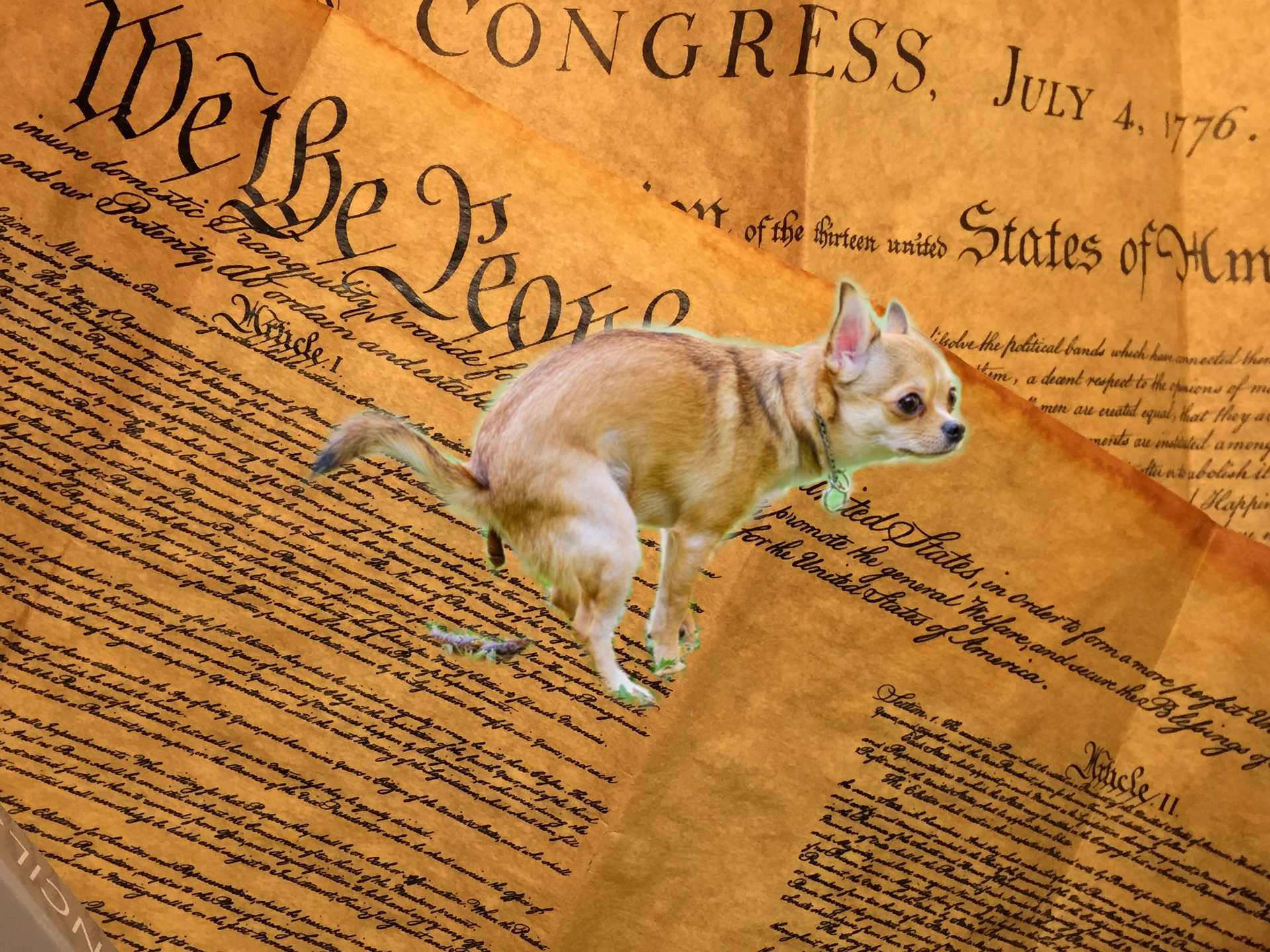 I was asked by someone to make a video on the constitution of Ireland and the importance of constitutions to Republics, but I’m not a Republican – even in the broadest and most vanilla sense of the term. My family are Republicans in the Irish sense and my extended family Republicans in the militant Irish sense, so I’ll be breaking with tradition and insulting a God-like document when I say: feck the constitution. Why should I care about this document when it’s clear that nobody else does? Sure, we now have a pretty sizable number of Irish who suddenly give a shit about the document, but who’s to say that these people don’t win today’s war, but their progeny go on to ignore its quasi-religious status 100 years from now, in the same way that we did today? In other words, I don’t trust this document to magically protect MY progeny or even myself in old age when the next round of tyrants come looking for their slice of the authoritarian pie. The belief in a constitution is a religious one – the worship of a document as divine when that object isn’t even transcendent in the first place. It has become a purely legal artifact, now that the spell of nationalism has worn off and the Supreme Court has had its way to expand upon and alter the definition of its contents.

Constitution as a religious object is probably the closest description you could apply to it. It requires the unquestioning devotion of the majority to implement and maintain throughout the generations. Yet this isn’t a divine being – it’s a physical object with an unwritten expiry date, evidenced by the fact that every constitution eventually fails its people. Belief in this object must be continually maintenanced through the indoctrination of each new generation, not unlike our indoctrination into Christianity or the Chinese youth into Communism. Without constant recruitment of devotees, the spell inevitably wears off as the notions it contains are replaced in the minds of the youth with a vague notion of “the greater good”, which their governments can then go on to implement laws in the name of. It’s every bit as precarious as a tightrope walk – as long as you’re up there you’re eventually going to fall.

Please don’t take me for a fool – I know that a founding legal document actually has a real-life function of preventing legislation from being passed or enforced which infringe upon the individual. Every day we unknowingly enjoy the sanctity of our homes and our bodily integrity because authorities suspect we might actually know the relevant passages and court decisions and make life hell for them, but this hasn’t been the case for a few decades now as homes have been unconstitutionally seized by banks and today our homes can be entered by Gardai with little excuse and our skin can be pierced by a mystery concoction despite the landmark case, Ryan v Attorney General. All by democratic fiat. The legal document cannot escape its dependency upon its religious status. Old Gods get decapitated by new Gods ALL THE TIME.

The origins of the Irish Constitution, along with every other Constitution, was born from the resistance against tyranny. Particularly, foreign imposition. The chief example of this being Britain, a country without a Constitution, because they’ve never had to distinguish themselves, since their biggest enemies were only ever themselves. Their parliament is the result of a series of reforms to make the Monarchy look less like the Monarchy in order to placate the masses, as well as the small achievements of great statesmen. A constitution, or any binding social contract, is absolutely always the product of a people distinguishing themselves from other people. An intense cultural identity with an extended family structure surrounded by a border. We currently have none of these things, and we definitely don’t have the very particular ingredients that went into the formulation of our current Constitution. We may be able to perform some form of cultural necromancy by injecting this dead horse with adrenalin every few decades, but this will only ever happen in periods of constitutional crisis and the ancient creature will die again very quickly. It’s an exercise in futility.

So what is my solution? I don’t have one. I’m not a prophet or a visionary, nor am I an idealistic teenager. All I know is that our ancestors were smarter than us and abandoned revolutions when they failed. The revolution that founded the Republic of Ireland is a failed one. Our Founding Fathers, bless them, exchanged British masters for an ultimately failed global ideology – vanilla Socialism and the dream of other oppressed nations shaking off the yoke of colonialism and capitalism. Regardless of your ideological preferences, that revolution objectively failed. Colonialism exchanged its autocracy and guns for banks and espionage. Capitalism made peoples’ lives better and proved itself superior over centralised economies. Ireland stood alone. Arguably, it didn’t stand at all, and really it just sat back down in short order, along with all the other former British colonies and settled for economies and governments run by cronyism while their populations reeled from collective PTSD. Today, the revolution failed and dead – with the cessation of IRA bombings – but it’s now completely decayed out of existence in its casket, paraded around by RTÉ and our occupational government once in a while to win them legitimacy. We waged a war to simply be left alone to practice our imitation of British governance and its legal system – and we couldn’t even accomplish that! No wonder nobody gives a shit about the Constitution or our sovereignty. They’re both a joke. An unfunny joke. Unfunny jokes get forgotten.

Maybe I do have a solution. But like I said, I’m not an idealistic teenager who thinks he has such an overwhelmingly awesome and convincing idea that it would be adopted by the masses or some powerful group of people, and enacted next week. That’s not how human nature or history unfolds. My solution lies in a few short facts:

That “solution” was long-winded because I don’t possess the intelligence to be any more succinct than I was. This is a vital point in our history which I fear may spell the end for us. The individual is the last outpost left to defend. To our enemy, the individual is a frightening creator – not only because it is relatively unpredictably, but because it is a self-referential extant reality. It cannot be logically argued for, because it simply IS. Our enemy fears the unquantifiable and the unknown, and thus wishes to destroy it forever. It’s also why we have such a hard time enlisting our friends and family in the fight to defend it. The natural question being, “Why should we defend the individual?” with the only possible answer being “Because we should defend it.” Sadly, this is not a compelling answer in the age of wall-to-wall mind control, social media, Virtual Reality, Netflix/entertainment, alcohol, drugs, mind-numbing pharmaceutical drugs, and social welfare. Facing this, we all then end up asking the same question – “Why should we defend the individual?” and the answer remains the same: “because we should defend it.”

After writing this I discovered the brilliant essay by University of College Dublin, Gerard Casey – Constitutions of No Authority – Spoonerian Reflections