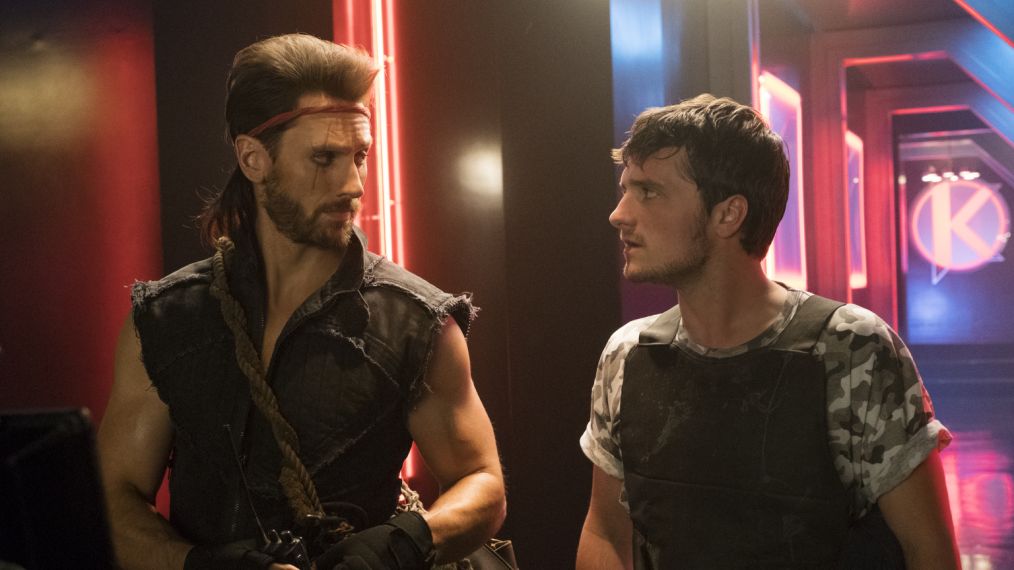 Watch season 1 of Future Man on Hulu. A second season has been confirmed.

13 half-hour episodes telling the story of a gamer stuck in a go-nowhere job who mistakenly is recruited from the future to save mankind. Many genuine and quirky laughs to be had, a few hits of nostalgia for the 40s, 60s, 80s, and 90s, as well as homages to our favourite sci-fi hits.

Readers of my reviews will know that I’m hard to please when it comes to television – I’ve already seen “the greatest TV show”… about 3 different ones. Although Future Man doesn’t bump Community off of that esteemed position, it’s still a masterpiece. The plot is completely unpredictable, the characters have depth and grow on you, the humour is spot-on, and the multiple homages to sci-fi hits of yesteryear are so subtle you might not even notice them. The only thing this series suffers from is being a Hulu production (the same fate shared by “The Path”), meaning less people have an opportunity to see it.

If there’s ever a time to subscribe to Hulu, it’s now, as they’ve accumulated a lot of great original shows over the past 3 years. This is not an advertisement, by the way. I just want to make sure Hulu keeps producing high-end originals such as Future Man.