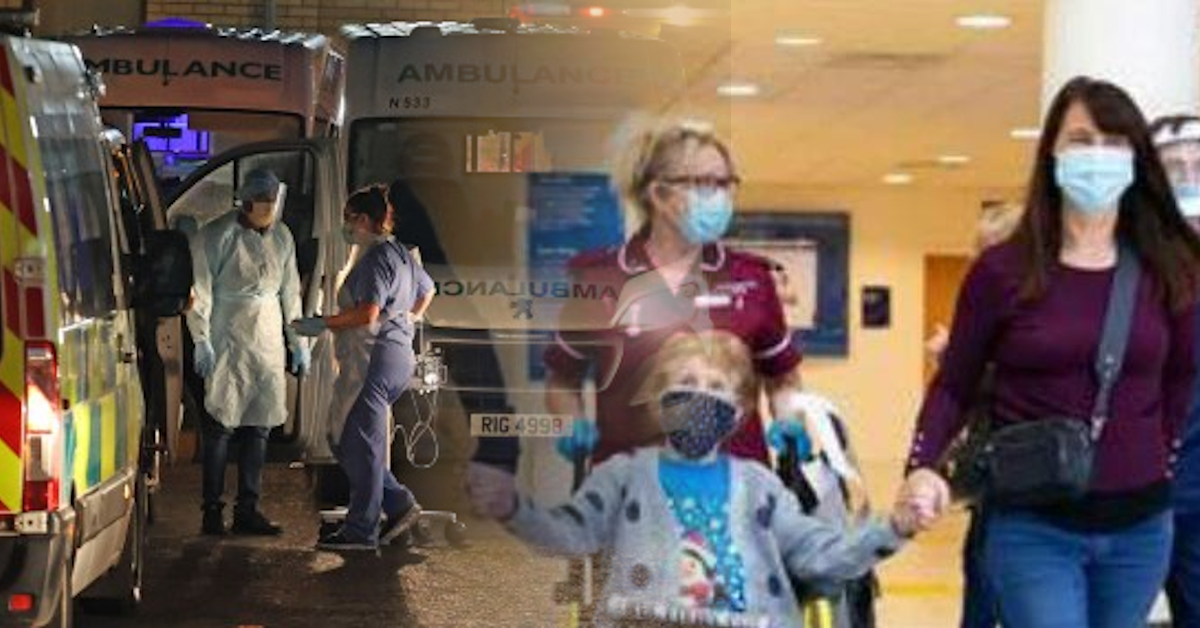 Admittedly, I’d have looked at TheJournal.ie’s reports of ambulance queues and Margaret Keenan being picked up from hospital by her children and took it at face value, even though I’d consider myself to be more critical of the media than most.

Our first story comes from The Journal here in the Republic of Ireland reporting that there are queues of ambulances outside of several hospitals in Belfast, Northern Ireland, with the explicit implication that this has something to do with rising covid numbers. Of course, the local government is playing by the exact same tune and is meeting to discuss tightening restrictions to deal with the problem.

The truth is that, like here in the Republic, the medical services in the UK were already at capacity before this supposed pandemic, resulting in huge delays in serious medical procedures and even emergency room visits. As a result of the lockdowns, many across the world have been either fearful of attending hospital or GPs/doctors refuse to refer patients to hospitals to save room for the onslaught of covid cases (which never actually happened), leading to medical conditions worsening and complicating.

Add this to the social distancing measures enforced in hospitals, and the patients who would normally be stored shoulder-to-shoulder or on trolley beds in the hallways are now spilling outside of the buildings themselves, creating the illusion of a severe overcrowding issue for the media and tyrannical politicians to play upon.

Remember that, on average around the world, 80% of people only read headlines (like myself, in most cases) while even fewer will read more than a paragraph. Writers and editors in the media know this, so surely they must know that people assume those ambulances pictured above contain covid patients waiting to be put on ventilators. 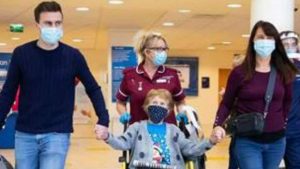 Meet Margaret Keenan, an Irishwoman living in the UK, and the first to receive the vaccine at the amazing age of 90 years old (92, depending who you ask). Pictured to the left, she’s being collected from hospital by two of her children. See the video here.

The problem with this footage is that these two are clearly in their 30s, meaning Margaret gave birth to them in her late 50s or as she was approaching 60. Being fair, it’s not unheard of for a woman to give birth at that age, but it’s incredibly rare, and even rarer for a woman to pull off the feat twice! Generally, a woman has already passed menopause by that age and are psychologically done with that part of her life. What’s more is the increasing risk of genetic abnormalities the older the mother gets, while these two are brilliant examples of genetic normality and health.

Take a look at that video for yourself, specifically focus on the son. He appears to not even know the lady he’s greeting. You could argue that he’s nervous with a camera present and the whole to-do being made about seeing her first in the hallway. You could also say he looks like a Z-list actor who had maybe one role as an extra in Coronation Street or the like. Alternatively, it could be the case these are genuinely her grandchildren and the media just prefers the optics this way.