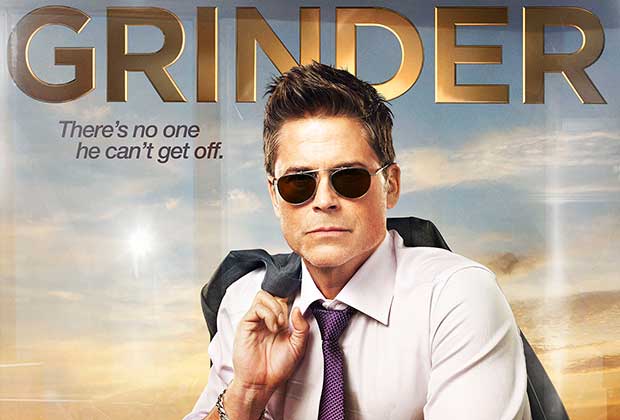 Right out the gate observation: this one-season-wonder was mistaken by people to be the fictional in-story TV series it lampooned. Although it received great reviews from both critics and viewers, who actually gave it time, the Fox show could have caught a lot more eyeballs if it sold itself for what it actually is – a dark comedy.

The Grinder aired between 2015 and 2016 and has already left behind admirers of its genius multifaceted comedy. An attitudinal edge that bubbled up into consensual reality in the form of an IndieWire review of the “season 2”. If television, particularly court room dramas, offends your intelligence and you respect surreal comedy done well, this 22-episode season will go down nicely.

The season has a seamless and engaging evolution to it, not sticking with simply a comedic deconstruction of television tropes for any longer than it should. The producer and writers know that one gimmick alone would have gotten tired, and I’d say they even had a deeper ambition still. The story arch quickly details just how delusional the main character is – often confusing reality with the hotshot lawyer he played on TV. It’s after perhaps the 5th episode, if you watch closely, the show turns into a dark comedy despite keeping all the trappings of a silly and ironic half-hour junk network series.

A delusional actor (Dean) who literally lost himself in a TV character, insisting himself upon his brother’s family home, and a senile old man who’s also lost touch with reality – the father played by William Davane, who performed a brilliant “adorable old man.” Everything the main character does is shockingly mentally ill, every line from the father is a clear sign of dementia, and the family largely ignores this. As the series carries on, Dean continues to torture his brother (Stewart) to the point that he starts to break down mentally. When Stewart finally gets Dean help through a psychoanalyst, who ostensibly cures him, he had already lost his own sense of reality. In a witty twist of the story arch, Dean’s psychoanalyst makes Stewart out to be the unstable one. Wanting the comparative shelter of his brother’s television delusion, he contrives to pull Dean back into his delusions.