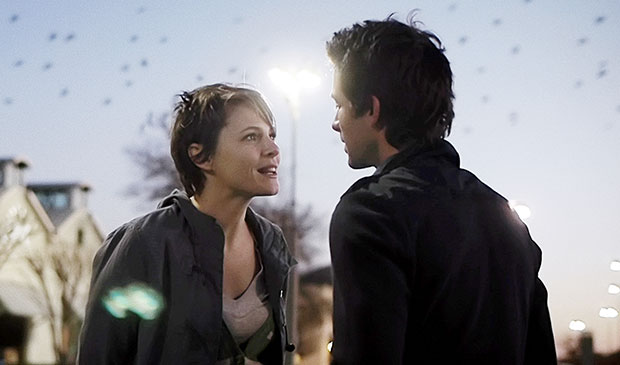 I found this gem of experimental cinema on TasteDive.com – a great website that suggests movies, music, and other media based on your input. Upstream Color came up as a result when I put in The Congress (2013), looking for a dystopian, trippy sci-fi. I wasn’t disappointed… at least not for the first 60 minutes.

The film’s creator (Shane Currath) and his audience pride themselves on not needing ANY exposition whatsoever. It’s actually an impressive achievement, with about 10 minutes of dialogue out of 93 minutes total. If that’s enough of a draw for you, stop reading and go watch it – it is actually a good immersive and dreamlike experience.

Had I known it would get so cryptic by about the 60 minute mark that I could no longer follow it, I’d have had one of the many “interpretation guides” posted online around its release date. I mean, I’m all for “show, don’t tell”, in a world where even the simplest plot points get fisted down your throat, but at times Upstream Color was too busy shoving atmosphere and mystery down your throat that it forgot to actually “show” some pivotal things.

The problem began in the first few scenes with The Sampler character, leaving me with a vague idea of what’s happening, but not enough of an idea. These few failures to actually illustrate what’s going on just compounded my confusion to the point that I could no longer interpret most of the other “clues.” Honestly, I’m pretty sure I would have been completely lost by the second act had I not read the IMDb synopsis first.

A man and woman are drawn together, entangled in the life cycle of an ageless organism. Identity becomes an illusion as they struggle to assemble the loose fragments of wrecked lives.

I really did enjoy the experience and there were a few unique/rare ideas in it to keep me engaged.

If I have to go to a website after I see your film so I can understand your 3rd act, it seems you’ve missed the mark on balancing prescription and description in storytelling. Supposedly the coins and the rocks at the bottom of the pool had some sort of meaning, but those plot devices were rendered pretty useless by the writer/director explaining what they mean in interviews. When you create mystery in your story you’re inviting the reader/listener/viewer to project their own meaning onto these things. Maybe I would have pondered these coins and rocks on and off for a few months, but I won’t now that I know what they mean.